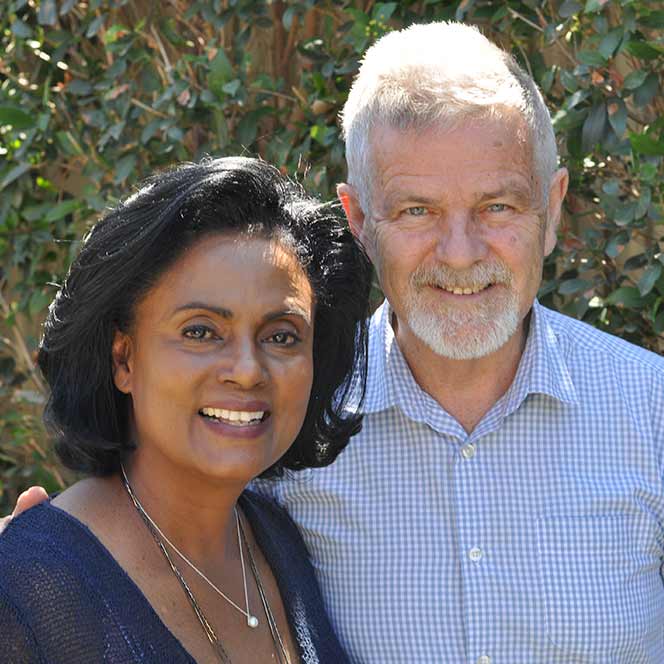 About the Hey Family

Mike and Ann started with OM on mission in India in the 1970’s and 80’s. Those were formative years as they encountered the power of the gospel among Hindus and Muslims and grew personally working alongside Indian Christian leaders. After serving several enjoyable years with the ship ministry, God led them in 2010 to accept an invitation to take up leadership of OM East Asia Pacific.

Their priority is to help grow leaders and follow Christ’s agenda in this region. OM works in 20 countries across East Asia Pacific. Mike and Ann have a mission to support the growth of OM ministries in order to see vibrant communities of Jesus followers among the least reached.

Mike and Ann also serve with a church planting team working in the northern suburbs of Adelaide where there is little gospel presence.

They have a passion for a daily fresh work of the Holy Spirit and for faith to be expressed authentically in the realities of living in Australia and in serving leaders in East Asia Pacfic.

Mike and Ann have three daughters, Rebecca (married to Stephen Scott. They live in Canada with their son, Isaiah), Michelle (married to Dan Stevens. They live in Adelaide and have two sons, Nate and Eli. ) and Esther, the youngest who is serving as a chaplain in two public schools in Adelaide.

Support the Hey Family with

Support the Hey Family with

Support the Hey Family with a monthly gift

Send a message to the Hey Family