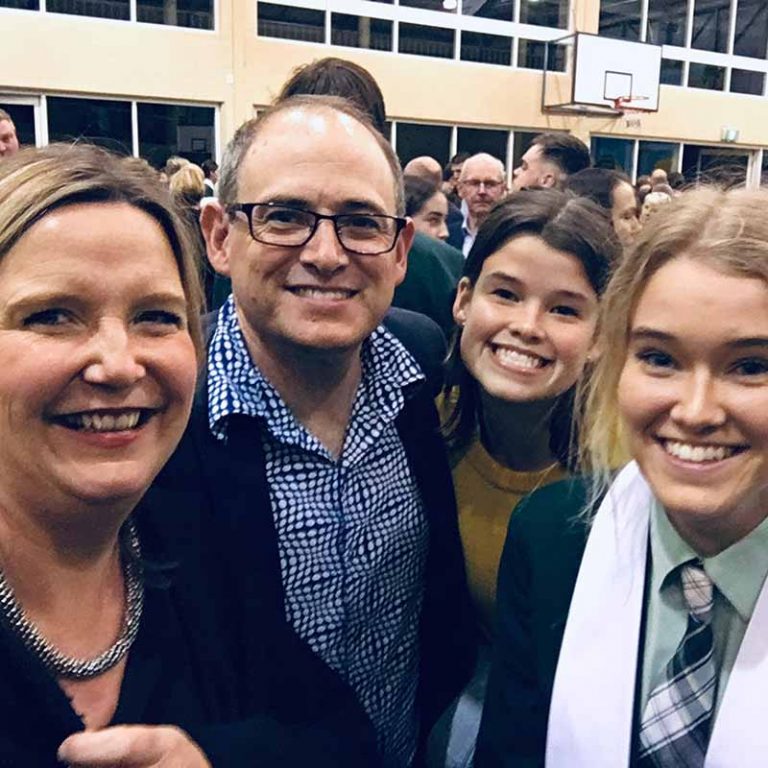 About the Porter Family

After 17 years in Eastern Europe and Russia, Lloyd and Katherine and their family returned to Western Australia in 2007 to serve as OM State Directors. While they’d love to be back in Russia themselves, they put their energy and passion into recruiting Western Australians to serve with OM in many countries around the world.

In 2016, Katherine was invited to join OM’s Global Leadership team as an Associate International Director looking after Organisational Development across OM. This includes looking after such things as international leadership development, training, boards, spiritual formation, monitoring and evaluation and so much more. OM has an amazing virtual Organisational Development team and it’s a privilege to work alongside them.

Lloyd is currently the Academic Dean at Vose seminary in Perth, lectures weekly in missions and is doing a PhD focussing around issues on leadership in OM. It’s our pleasure and joy to serve with OM, 29 years and counting. Thanks for your faithful support which makes this possible in so many ways!

Support the Porter Family with

Support the Porter Family with

Support the Porter Family with a monthly gift

Send a message to the Porter Family